What are op shops called around the world? 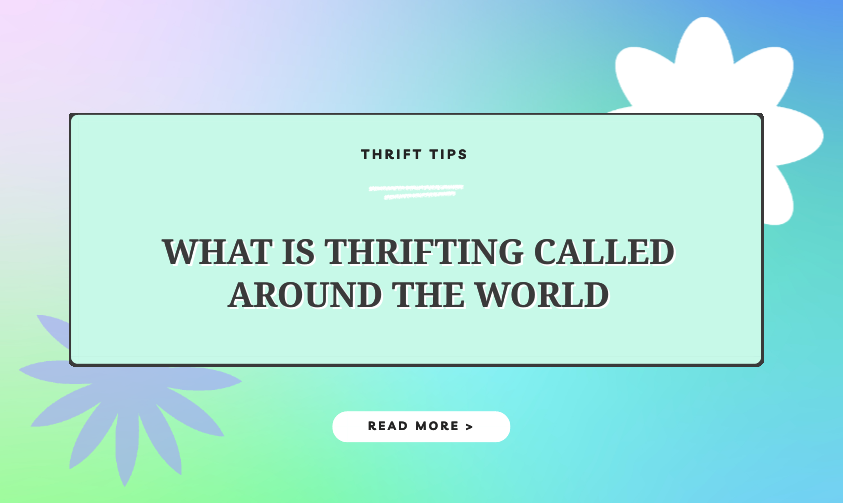 Are you travelling soon and asked your self what are op shops called in other countries? This is an essential question if you want to check out the local secondhand scene at your destination! Like many other terms like car trunk and car boot, they are called different things based on where you are. Charity stores became widespread during the Second World War when Red Cross set up many stores to support the war effort.

We’ve included some of the terms we could find online for thrift stores, but not being native speakers of the languages, it’s been a bit difficult! Please let us know what thrift stores are called where you live in the comments.

Here in Australia we call stores primarily selling secondhand goods to raise funds for charity ‘opportunity shops’ or ‘op shops’. We have several major chains that are available nationwide, but also some that are state specific. The influence of social media has increased the use of the term thrifting in Australia, but we still primarily use ‘opshopping’ as our go to!

Over in USA and Canada they tend to primarily use the terms ‘thrift shop’ or ‘thrift store’ for stores selling secondhand goods for charity. Like in other places, some major chain names can be used as well, like for example, Goodwill. Something to also keep in mind if you want to support a charity when shopping state side, is that the chain Value Village/Savers is a private, for-profit company, not charity store.

The birthplace of the widespread secondhand store, those in the UK call secondhand stores for charity, well, ‘charity shops’. Oxfam is currently the largest charity shop retailer with over 700 stores, which can lead to people using this name interchangably with chairty shop, like Goodwill in the US. In order to support charitable work, the central UK government funds an 80% relief on business rates for charity shops, which is a huge help to keep them operating within their communities.

In many places in Europe, secondhand stores are generally just called ‘charity stores’ in their own language. Some specific examples are what I could find for some European countries!

It should also be said that cultural differences in some countries can make secondhand stores less popular and large informal gatherings like flea markets the alternative.

Similar to Goodwill or Oxfam, the French charity Emmaus runs charity stores to help combat poverty and homelessness. Stores selling secondhand clothes can be found by searching for stores that sell “friperies”, a term for cheaper secondhand clothing.

In Germany, charity stores are often called “second hand möbel”. International charities have stores here, like Oxfam, but local charities like Kleiderkammer. Stores which sell primarily secondhand clothes for kids are called Kindersecondhand (not to be mistaken for a store for selling hand-me-down children ;)).

What are known as thrift stores or op shops elsewhere are called recycle shops (リサイクルショップ) in Japan. These stores closer to true ‘op shops’ or ‘thrift shops’, as compared to stores selling ‘secondhand’ in Japan, which is more often associated with vintage and trendy items (and therefore more often than not expensive!).